Jump to Recipe
by Yvette Marquez on June 6, 2017 (updated August 26, 2019)
This post may include affiliate links. As an Amazon Associate I earn from qualifying purchases. 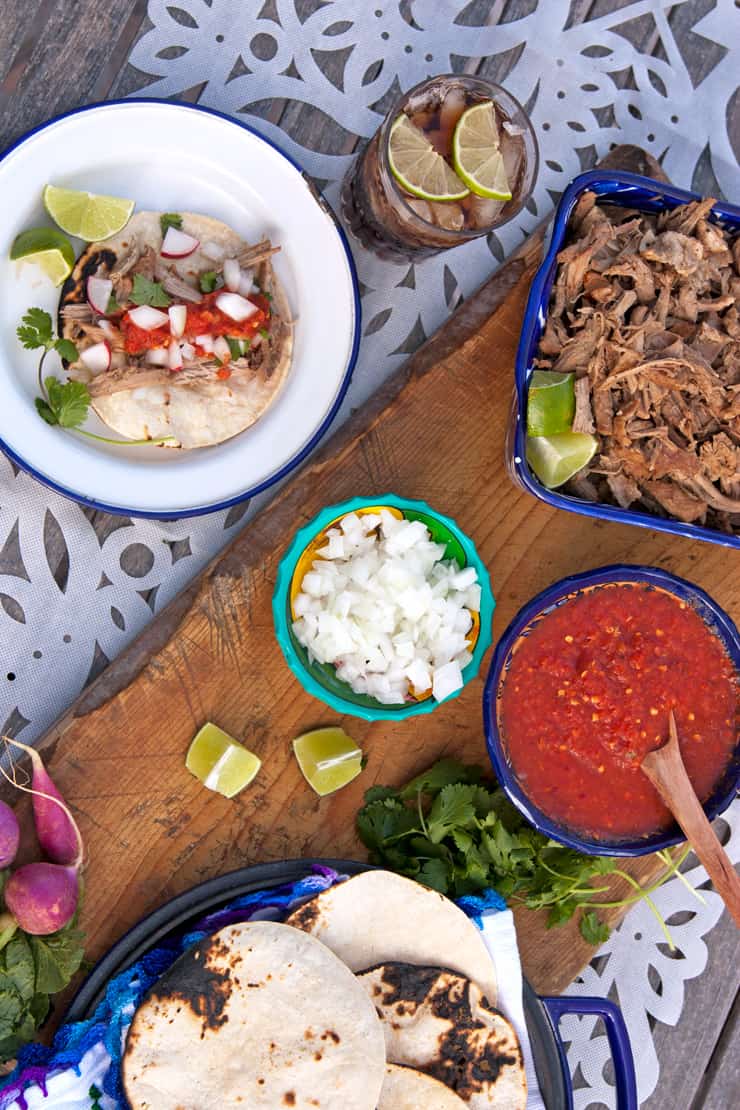 I ordered Casa Marcela by Marcela Valladolid and when it arrived I couldn’t wait to open it up. I was so thrilled! Maybe, it was because I had been following Marcela’s Instagram and seeing her daily posts with excitement of her new book, so when her book arrived at my doorstop I felt as if it was my own. I tore up the package and I took a big whiff of the freshly printed book, yes, I’m weird like that. I actually got teary eyed as I held the book and saw the cover. As a former graphic designer I fell in love with the design of the book and as a food photographer I was in awe with the photography and styling.

The entire cookbook is a work of art – Marcela’s fashion, her style, her home decor, her props, her garden, her beautiful children, and handsome husband. Everything is perfection! You could feel the amor that she put into this very special book. As I read it, I could hear her voice, which is a true testament of a great cookbook. 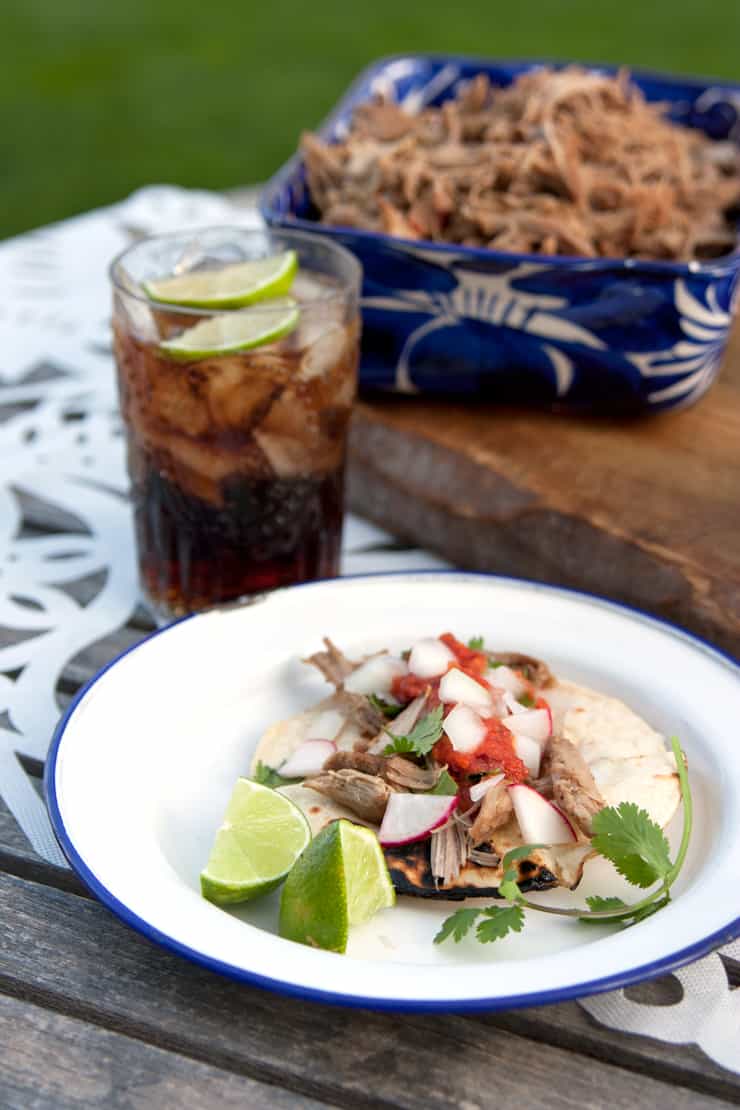 As I tried to figure out what to make for dinner that evening I was immediately drawn to her Coke-Braised Pork Tacos. I’m a sucker for carnitas and when I saw the beautiful photo with a very simple recipe I knew I had to make them.

I would have never thought to slow cook pork in Coca-Cola, but just as Marcela said, it tenderizes the pork and gives it a deep and dark caramelized crust. The best part is that it slow cooks in a Dutch oven in less than two hours. 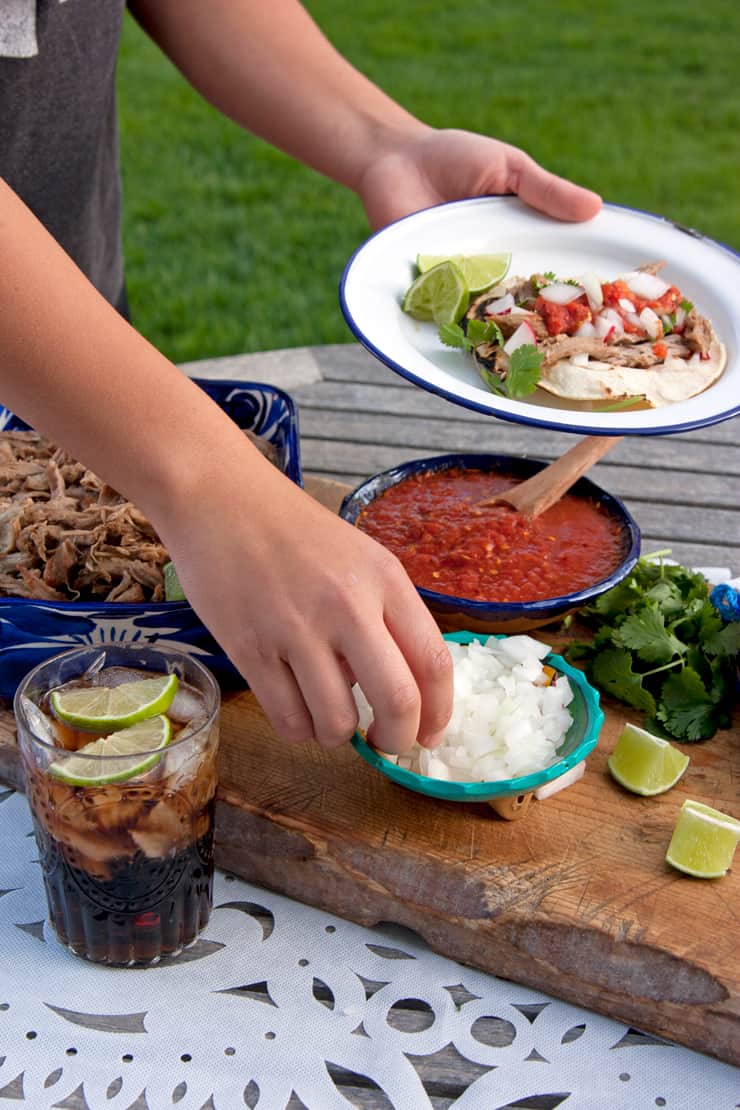 I paired these tacos with chile de arbol salsa and my kids were thrilled that I served them with Coca-Cola, which I rarely buy.

Lay out bowls of toppings so everyone can build their own tacos — these tacos are perfect for a weeknight dinner or a casual Mexican taco party. 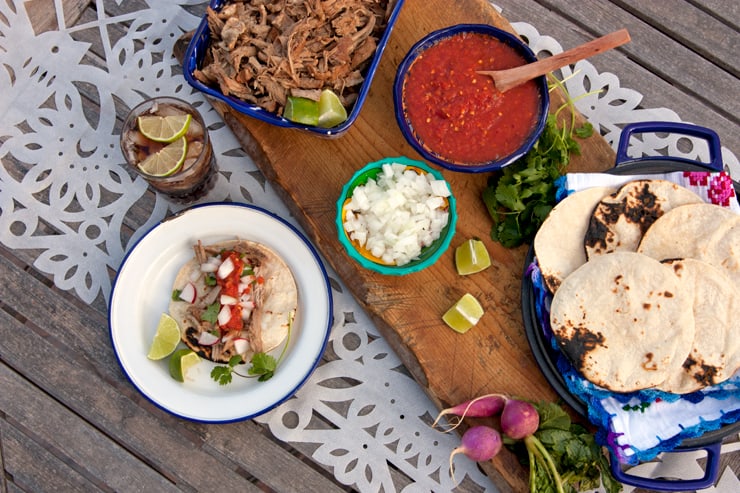 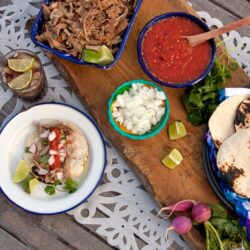 5 (4 ratings)
The Coca-Cola tenderizes the pork and gives it a deep and dark caramelized crust. The best part is that it slow cooks in a Dutch oven in less than two hours.
Print Pin Rate
Yield: 4 to 6 servings
Prep Time: 7 mins
Cook Time: 1 hr 40 mins
Total Time: 1 hr 47 mins 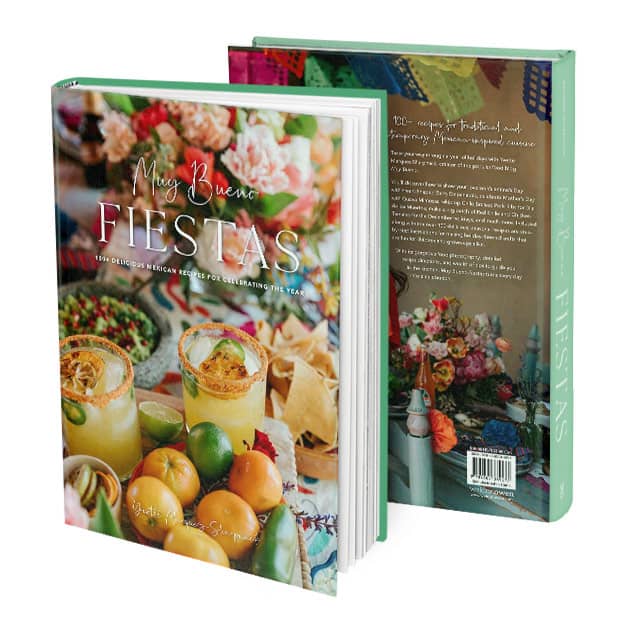 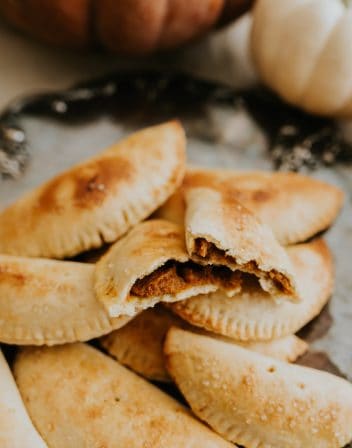 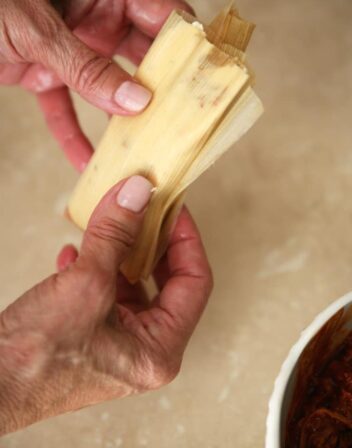