Jump to Recipe
by Yvette Marquez on March 12, 2012 (updated August 30, 2019)
This post may include affiliate links. As an Amazon Associate I earn from qualifying purchases. 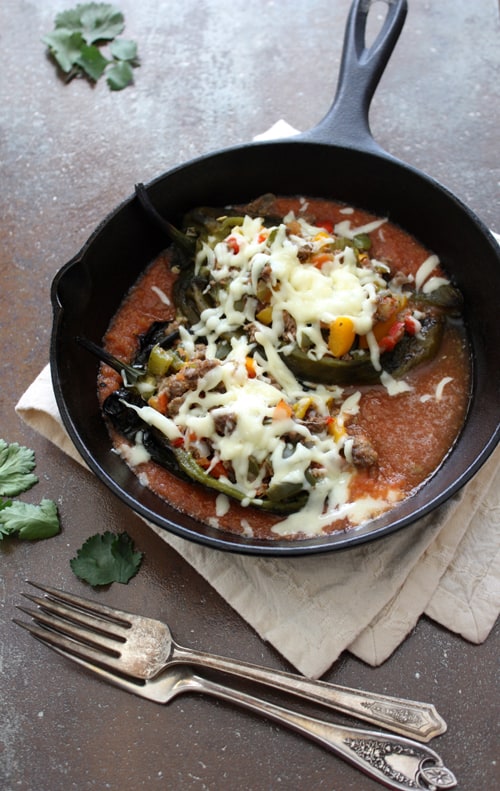 This recipe first came about when I was trying to come up with a menu plan for our Candlemas dinner. I initially thought of making stuffed portobello mushrooms, but remembered that not everyone loves mushrooms, so decided on stuffing roasted poblanos instead. I also wanted something that wasn’t going to be too spicy; poblanos are traditionally on the mild side, although some can sometimes surprise you and can be a little spicy.

What I love most about this recipe is that it’s actually a very light and healthy recipe. We live in Colorado and I love to cook with bison ground beef which makes this recipe surprisingly healthy. Ground bison has less fat, calories, and cholesterol compared to beef, chicken, pork, and salmon. Plus, it has more iron per unit weight than ground beef. And if you want to lighten this dish even more you can easily substitute the cheese with a low calorie reduced fat or fat-free cheese.

This recipe is also very simple and can be made in stages. You can roast the chiles and make the sauce and picadillo the day before then assemble and bake while your guests are mingling or eating appetizers. And if you have a guest who does not like spice, stuff a portobello mushroom instead and eliminate the sauce. 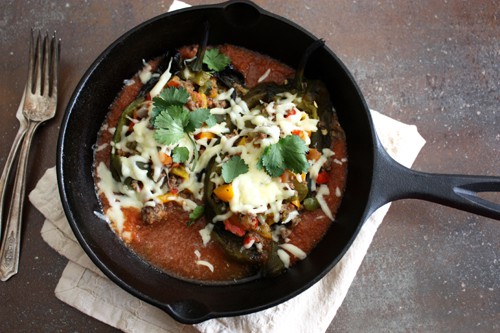 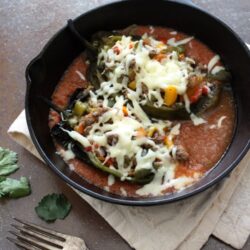 17 Comments on “Poblanos Stuffed with Picadillo” 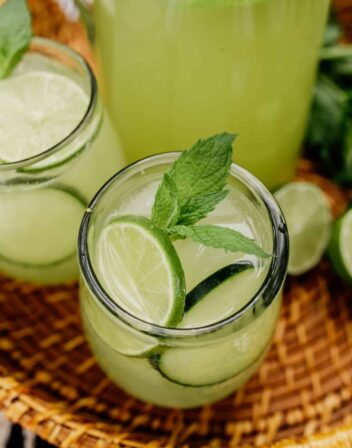