Jump to Recipe
by Yvette Marquez on October 1, 2020 (updated January 30, 2021)
This post may include affiliate links. As an Amazon Associate I earn from qualifying purchases. 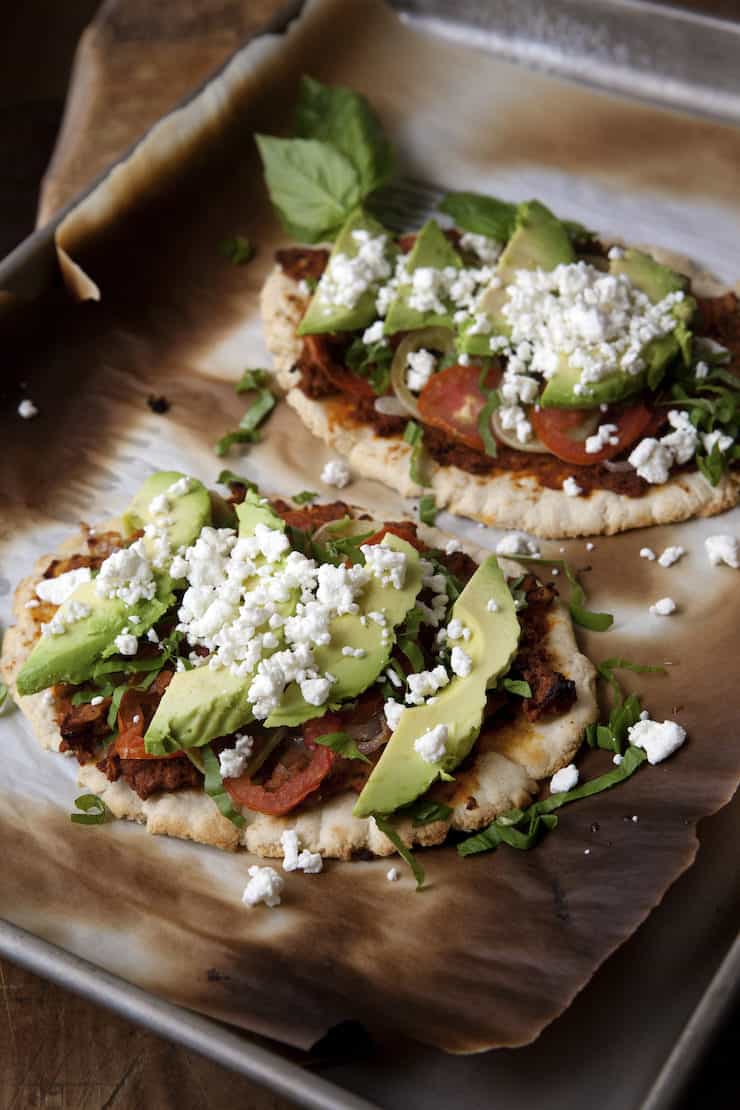 Huaraches… the classic edible Mexican sandal. Huaraches are known as a classic street food topped with just about anything. Of course, some of us have the standard ingredients we like to add to our delicious sandal, but today I am going out on a limb and making my huarache an adventure in taste.

What is a huarache?

A huarache is flat bread made with masa, looks slightly like a thin sandal sole, hence the name huarache. It’s a cross between a sope, a corn tortilla, and a pizza but with that ever present and distinctive corn taste. It’s the perfect party food.

Actually, the first time I saw one I thought someone was just learning how to make tortillas, you know with that oblong look and all. 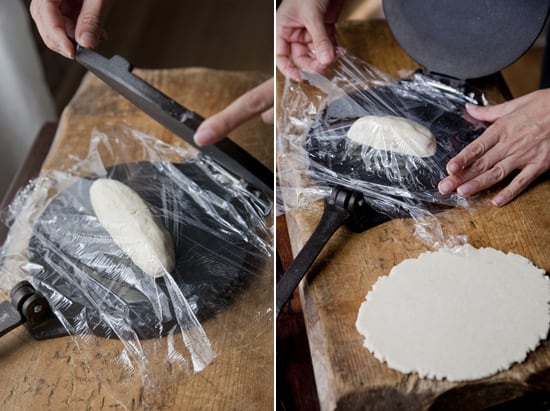 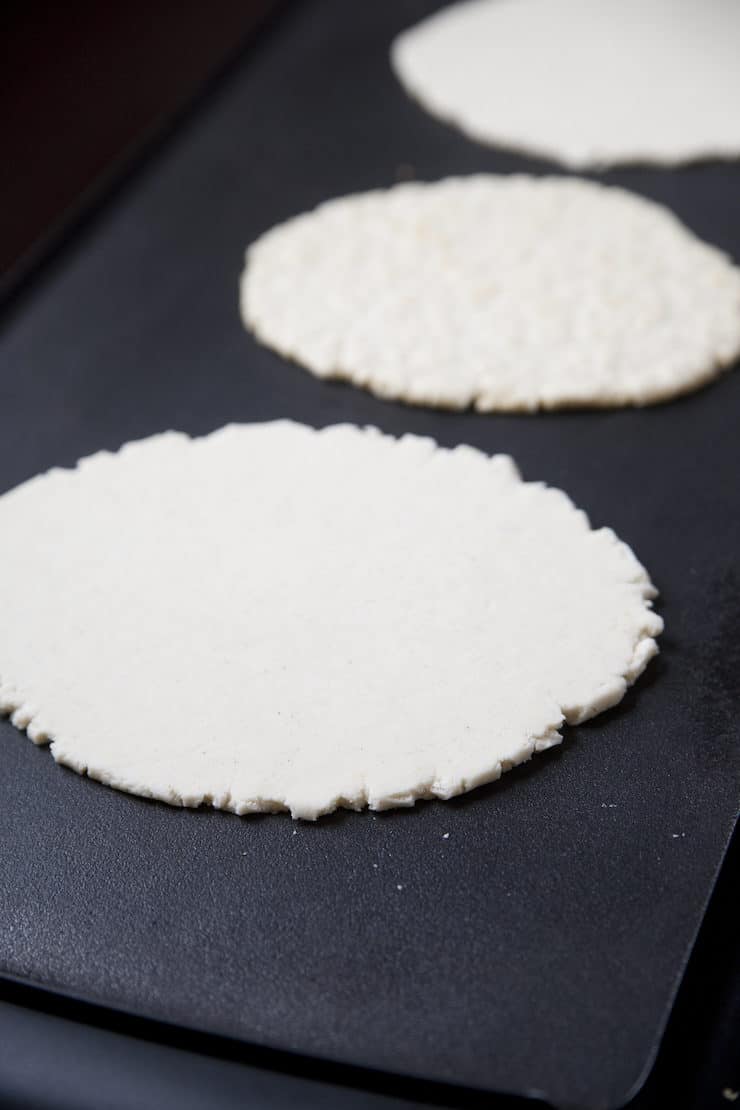 These huaraches are topped with chorizo refried beans, caramelized onions, roasted tomatoes, goat cheese, basil, and avocado slices. To give it a spicy kick, I added some fresh pico de gallo. 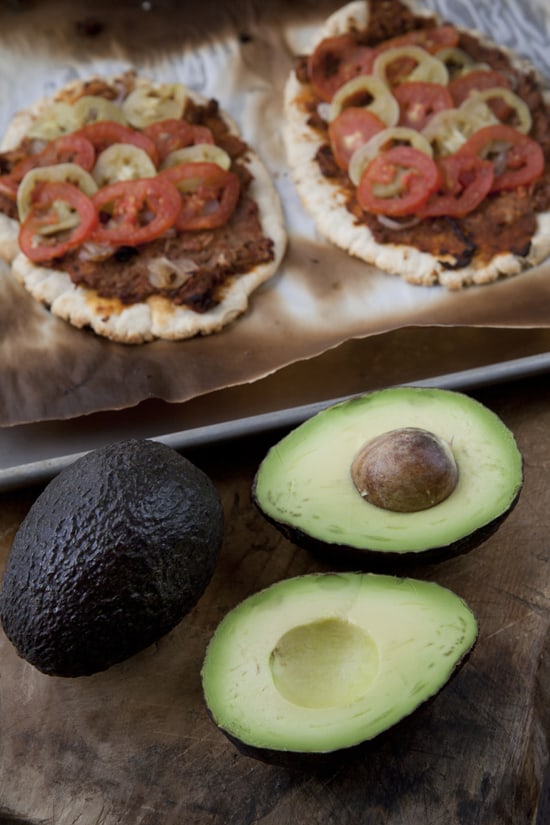 Once you have the base for a huarache the choice of toppings are endless. Use your imagination and have fun. 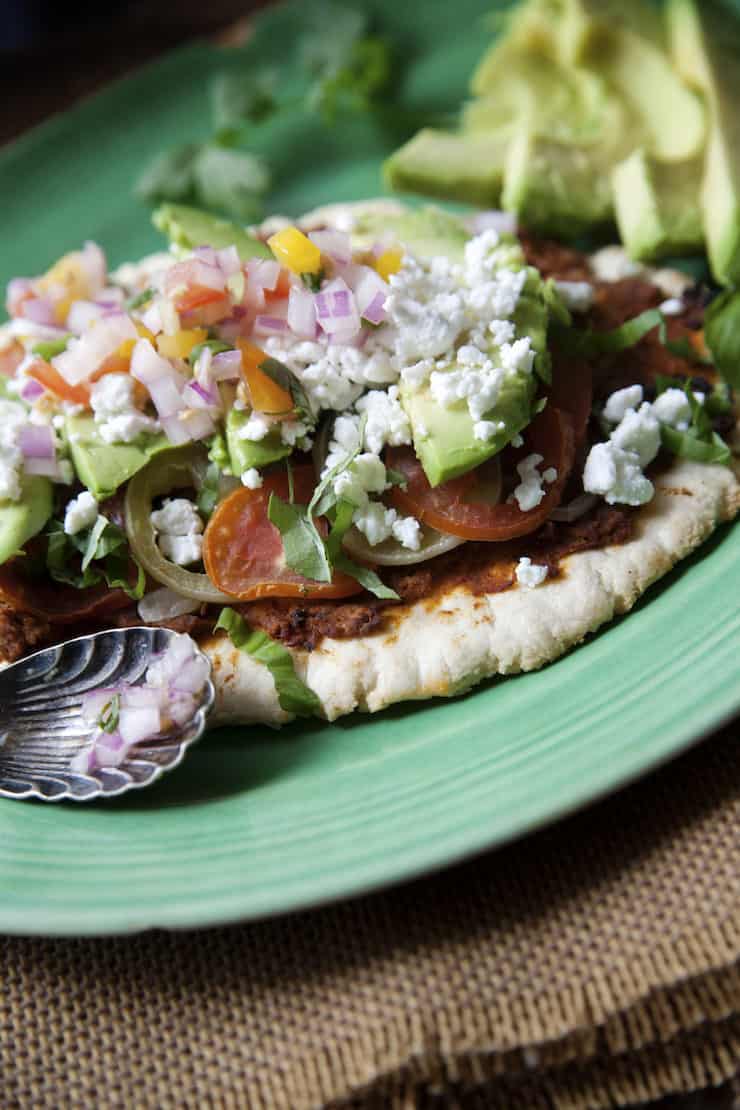 YOU WILL LOVE THESE, TOO: 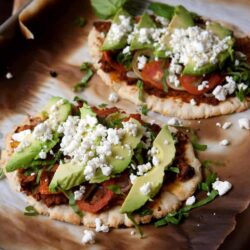 Written by Yvette / Photos by Jeanine 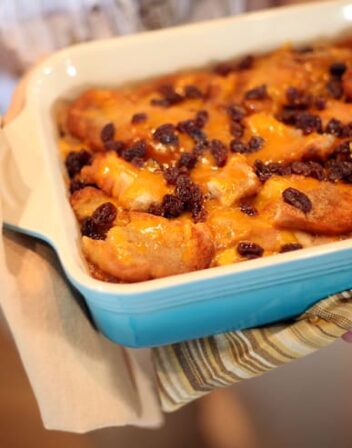